These new districts are more about maximizing ticket sales for the VHSL after the terrible idea to switch to conferences. Posted by: NotBrynRenner.

Other than Muskett and Robertson - who else does WS have returning? They did not exactly seem to be loaded to me. With where they got slotted, Oakton would be the least of Madison's worries. I'm sure, however, they'll be scheduled as a season-ending "rivalry" game, which will decide last place in that district. Posted by: WhyThe MadisonHate. Its clear to me that Madison can compete with Oakton and Chantilly. I would also argue that this years Madison team would have beaten Centreville.

I think Madison can compete with those teams. I bet right now, Madsion beats at least 2 of those teams next year. I'd expect SL to run the conference for years to come. Williams, West Potomac West Potomac has to love this alignment. WS might challenge occasionally. Sucks to be Fairfax or Woodson in this district. I'd say that Centreville would challenge them, but Centreville doesn't look to be strong in the Next few years.

Oakton and Madison will bring up the rear. I'm not really understanding the need for the districts. Half of your schedule becomes non-conference, when two of them together could fill the schedule. Also, how will Cardinal District PWC decide which teams move on to the Region in everything besides football, since they are split among two regions?

How do regions where the districts don't match the region determine which teams to take? Wish I could just edit to add to my post but a few more thoughts: Football playoffs is easy because they use a point system to seed teams. I'm curious to see how other sports with brackets will work since there are essentially three district in each region, which makes bracketing difficult. Posted by: BHFR.

Enough with this playoff talk Jim Patrick officially named Head coach at Fairfax. Posted by: Quick Question. How long until Centreville becomes dominant again? How were their freshmen teams last year and this year? I'd assume that Westfield will be the best in the district over the next years, but what do you guys think?

Posted by: footballobserver2. I don't foresee anything that would indicate Centreville will return to dominance anytime soon. They will remain a solid program but they have lost some key personnel for the second consecutive year. I expect them to be competitive against the best 6A North has to offer. But dominant? Posted by: Wffan. WF is losing a huge part of their success. Big time coaching change. Posted by: Interesting However, I've heard that he isn't pursuing that position.

Posted by: ch-ch-changes. Posted by: West Dogs. He's a good coach, the last couple years rumors floating about him leaving for various destinations. However, Westfield was successful long before he arrived and will be long after he's gone. The coaches are a big part but the success of the program has been that it's run identical to how it was when the school opened and Verbanic was in charge. If you go back through the past 16 seasons, since its inception, the program has only had 4 seasons they failed to win 8 or more regular season games.

The first two years the school was open and the last two Verbanic was there. A few of the players from the final two years Verbanic coached had mentioned how his passion had seemed to fade. Most probably due in part to the AD position he so desperately wanted, and unfortunately did not receive, at Westfield.


In short, the program has been able to develop or bring in quality coaches when vacancies arise. All the while maintaining decent success, doubt Everett leaving will change that. Everett is going to Bridgewater. He was the biggest part of their success in my opinion. Posted by: Smart. Westfield two seasons before Everett. He was the difference, don't kid yourself. That's with no NFL players. None of the guys on this years team are going to play college football.

Westfield is under Simmons, they went the two seasons with Verbanic.

We Have Some Explaining To Do...

Westfield's middle linebacker Jack Clancy is going to play D1 in college. Westfield clearly has talent and it wasn't all Everett.

Although he will be missed, Westfields coaching staff is not much different from their roster. They've always had the next man up kind of mentality. Also, the original comment was "None of the guys on this years team are going to play college football". I'm pretty sure there are a couple that will play at the D2 or 3 level, Leo seems to have that potential.


As I stated previously, Westfield has proven that they can pretty much be considered a team to be in the mix year in and year out. Definitely the epitome of a next man up program, coach or player. Posted by: Novafballfan. If you really look at centreville in the 21st century, aside from having an ungodly amount of talent in the class of , they have been an average program at best.

Unless lightning strikes twice I don't see them rising to prominence like that again anytime in the near future. Posted by: Agreed. Westfield's '19 class seems to be the best that they've had in quite a while tho. Check them out. Posted by: Rumor mill. Rumor is there are a lot of multisport guys at Westfield who may not play football next year due to Everett leaving. Will be interesting to see how things shake up. Posted by: Simmons Sucks. Simmons was in charge of the D when they went If he so good, why didn't he stop the bleeding.

What position is Scanlon playing in college? Too slow to play WR. Aiello too small. Petrillo also too slow. Face it Westfield is next year. Back to there "that's what we do" pompous crap. Everett challenged them and coached on a different level. Posted by: Westfield Follower. Listen, Rob just took over DC duties in He certainly didn't make Westfield into what they are so that needs to stop. Westfield will be fine without him. Oh, the DC that Simmons has lined up has a state title to his name too. Westfield will be fine! Posted by: Play Ball. Westfield Returns kids on each side of the Ball that either started Last year or saw significant playing time The DC job, if not filled in-House will be easily filled with Quality from the outside.

Westfield's mediocre performance in Verbanics last two years was more Talent related than anything else. 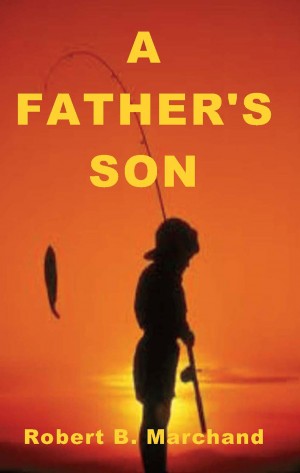 Your Region Favorites will be right where they need to be next November, getting ready to defend that 6A Title! Posted by: Poor Baby. There are Major D-1 Programs begging, some of these to slow, to small guys to consider an offer What do you know?

Where are the Football offers. Good players get offers to persuade them to choose. No offers for the basketball, lacrosse and wrestling kids. Don't give me that they love their first sport crap.